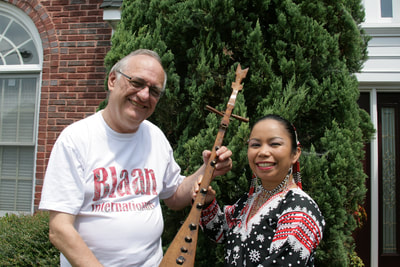 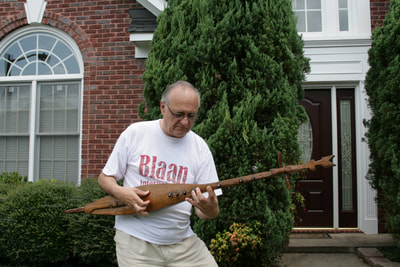 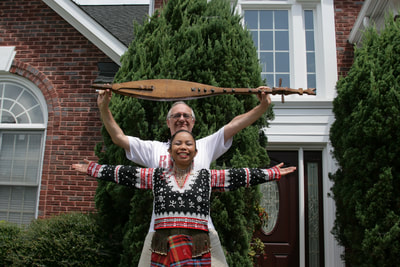 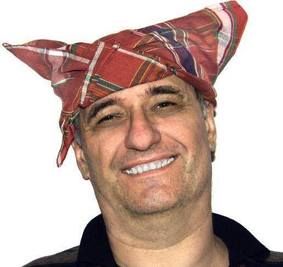 Hans Brandeis is an ethnomusicologist by profession, with a main interest in the traditional music of the Philippines. His favorite musical instrument there are the boat lutes (kutiyapi, kotapi, hegelung, faglung, kuglung, etc.), which can be found among all the ethnic groups of Mindanao and Palawan.

Between 1976 and 2014, Hans Brandeis made 15 research trips to the Philippines, comprising almost 4 years of ethnomusicological research. During these trips, he documented the music traditions of the mountain tribes of Mindanao island, recorded about 130 hours of vocal and instrumental music as well as various ceremonial performances on analogue and digital audio tape, another 60 hours on digital video tape, and he took almost 8,000 photographs. Portions of his recordings were transcribed and translated on about 2,000 type-written pages. He also collected more than 400 musical instruments from all over the Philippines. Most of these materials are now part of the collections of the Ethnological Museum Berlin. Copies of a major part of the sound recordings are also archived with the College of Music of the University of the Philippines, Quezon City, and with the Folklife Museum of Xavier University, Cagayan de Oro, Philippines. About 300 musical instruments are kept at the archives of the Musical Instruments Museum (MIM) in Phoenix, Arizona, another four with the Musée du quai Branly in Paris. Analyses of some of these materials were published in scientific publications.

Hans Brandeis became interested in the Philippines, because his sister had married a Filipino and lived in Manila for more than 15 years. During one of his early trips, Hans Brandeis met his Filipina wife. He and his family are actively involved in the work of the Filipino community in Berlin. Since 2014, Hans Brandeis has been retired, but is still continuing his research on the traditional music of Southeast Asia.

If you want to know more about the research work of Hans Brandeis, check his personal website on Philippine music http://home.arcor.de/brandeis/index.html.

Published articles written by Hans Brandeis can be accessed and downloaded from this link: http://fu-berlin.academia.edu/HansBrandeis. 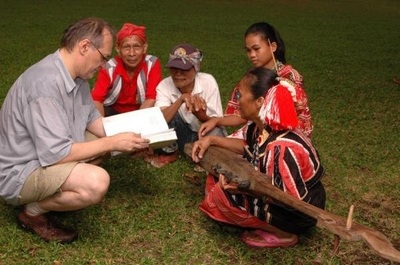 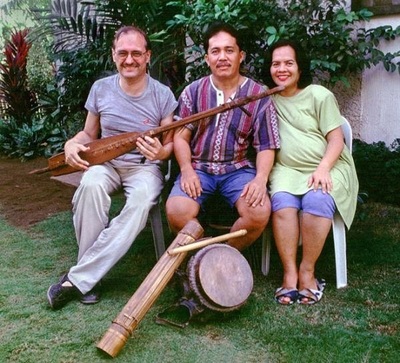 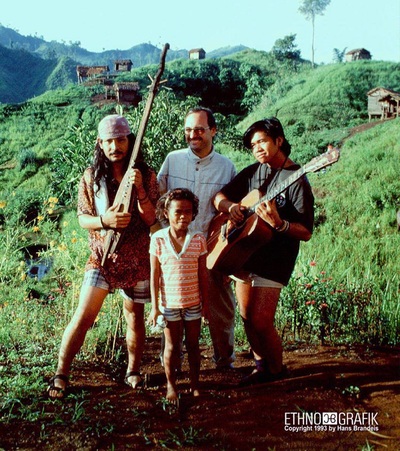 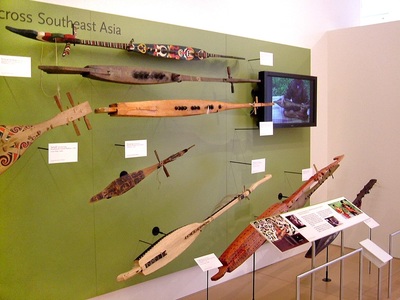 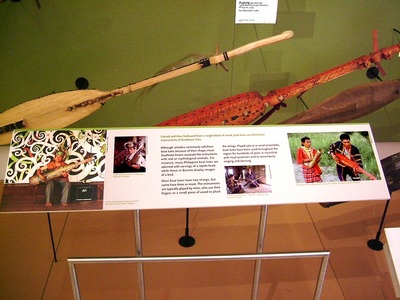 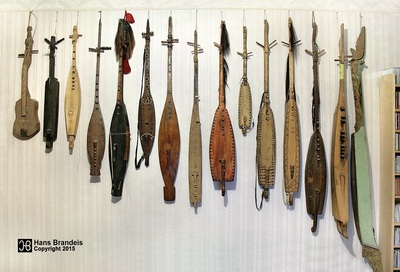 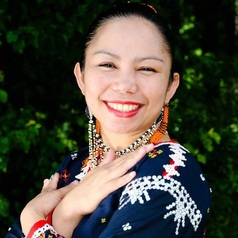 Arjho Cariño-Turner is ½ Blaan, ¼ Ilocano and ¼ Waray. While she grew up, she was mainly exposed to the Blaan Indigenous Cultural Communities (ICCs) in South Cotabato and Sarangani Province. She graduated from the University of the Philippines at Los Baños in 2000. She is a former employee of the Provincial Government of Sarangani serving as the manager for the Luntiang Lumad Project(LLP), which was later made into a comprehensive Indigenous People Development Program (IPDP). Back in 2005, she was instrumental in the implementation of the first School of Living Tradition (SLT) in Sarangani Province funded by the National Commission for Culture and the Arts (NCCA) and established in Lamlifew, Datal Tampal, Malungon. This project became a model for other succeeding SLT projects funded by the provincial government. She co-authored scientific publications in partnership with science professors of Mindanao State University, General Santos City on the different upland rice varieties grown in the hinterlands of Sarangani Province, thus researching on a vital part of the cultural integrity as well as food security among the groups of indigenous peoples living there.

Arjho immigrated to Atlanta, United States in May 2006 and married Bernard Turner. She finished her MS in Environment and Natural Resource Management from the University of the Philippines Open University in 2008. Being away from the Philippines did not hinder her passion to be of service in volunteer capacity. She is the Secretary for the Galing Foundation, Inc. / Mindanao Outreach Director, a non-profit organization in the State of Georgia that partners with local schools in the Philippines to help establish school libraries by sending educational materials.

She is part of the advisory board for the KafyeBlaan Empowerment, Inc., a duly registered non-profit organization founded in the Philippines. Arjho initiated an online advocacy photo album through her personal Facebook account for the boat lutes of Sarangani Province and South Cotabato after learning and being inspired by the boat lute research work of German ethnomusicologist Hans Brandeis. This advocacy resulted in a collaboration with Hans Brandeis to set up the Boat Lutes of the Philippines Facebook Page. KafyeBlaan empowerment, Inc. supports the advocacy on boat lutes and future research partnerships with Hans Brandeis. 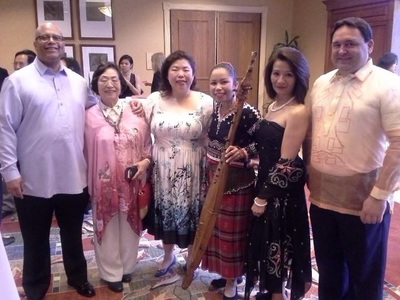 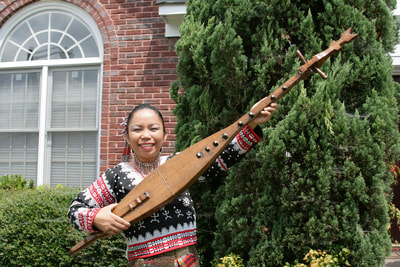 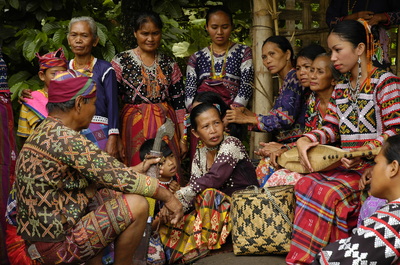 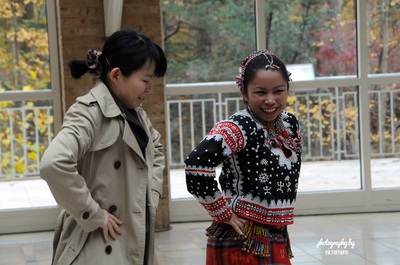 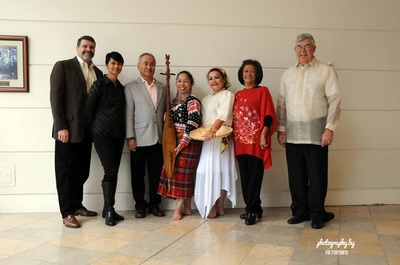 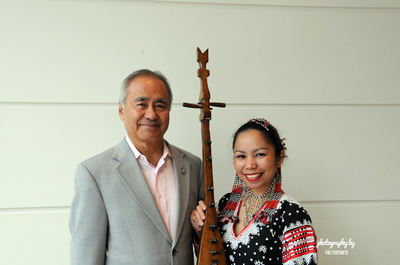 "String instruments classified as “boat lutes” usually have nothing to do with boats. They only bear that generic name because of their slender overall shape. The origins of the Southeast Asian boat lutes are connected with the Indian subcontinent, as these instruments show certain features in their construction, which are typical for Indian string instruments. In the Philippines, boat lutes can mainly be found on the southern islands of Mindanao and Palawan. At least 23 different types of lutes can be found among more than 37 different ethnic groups. They show a great diversity of different designs, and definitely represent the most sophisticated musical instruments in the Philippine islands. All the lute designs are typical for specific ethnic groups, and, therefore, they clearly serve as cultural identifiers, which is usually not the case with other Philippine musical instruments. The special significance of the boat lutes lies in the fact that their common use in the southern part of the archipelago stresses the cultural unity of the indigenous peoples living there, connecting them into a cultural brotherhood. At the same time, the variety of unique boat lute designs stresses the cultural diversity and the different cultural identities of the individual tribal groups.” – Hans Brandeis , German ethnomusicologist  (The Documentation of Boat Lute Music in the Philippines)

The Present State of Boat Lute Cultures in the Philippines

The boat lute is a cultural symbol that is functioning as cultural identifier in many of the Indigenous Cultural Communities (ICCs) in the Philippines. This tradition is threatened to disappear within the next coming years, due to the passing of the cultural masters and the un-availability of skilled craftsmen who still have the knowledge to make these instruments, coupled with the dwindling of raw materials needed to make new lutes. 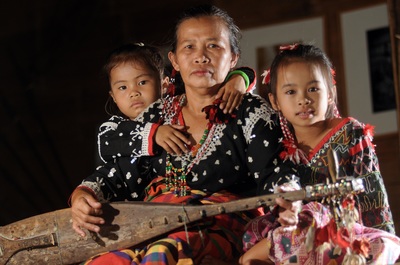 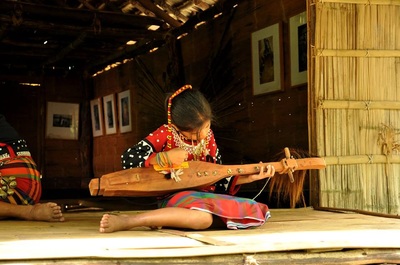